A new update to the H1Z1 Test Server includes a new main menu UI with a new logo, here are some screenshots of the different variations of the first splash screen. 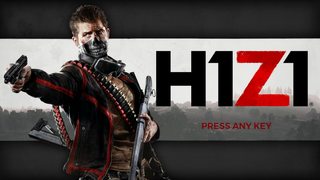 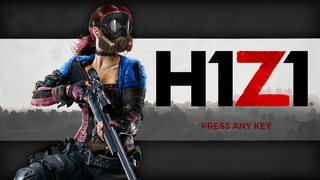 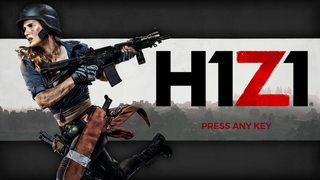 This is what the new main menu looks like too. 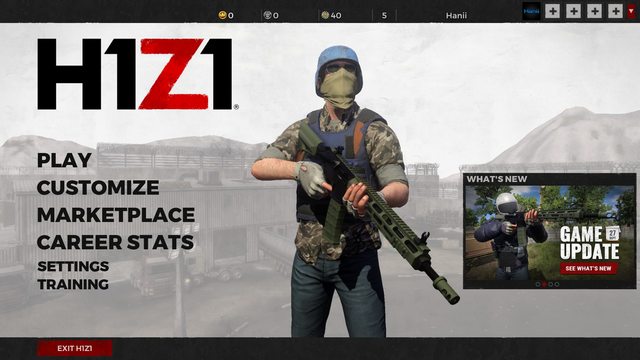 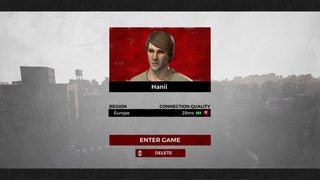 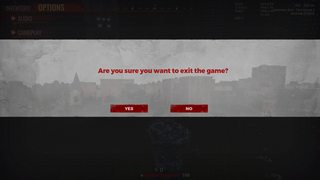 Here is what Daybreak had to say about the reasons for the changes:

So why the change…again? Throughout development we’ve continued to define the vision for H1Z1, which is competitive at its core with fast-paced and action-packed combat. Over the past year, the game has grown by leaps and bounds in terms of both player base and development, so we thought it was time to evolve the game’s look to something that better represented the spirit of H1Z1 and the level of quality we aspire to. H1Z1 is also the name that our players connect with most, so it was just natural evolution for us to transition back. We're also working to ensure that H1Z1 can be enjoyed by players around the world, and having the word 'Kill' in the name of the game can be limiting with some global audiences.

Also from the game files are some other screens and artwork of interest. 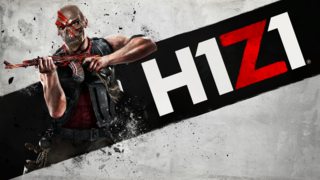 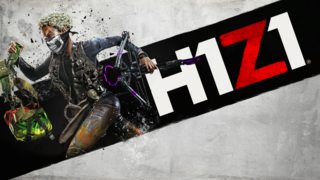 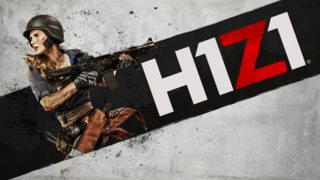 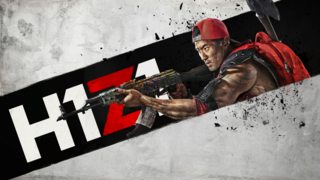 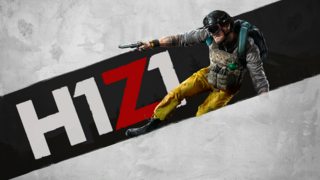 Even more interesting is the variations of this artwork with a Chinese logo... 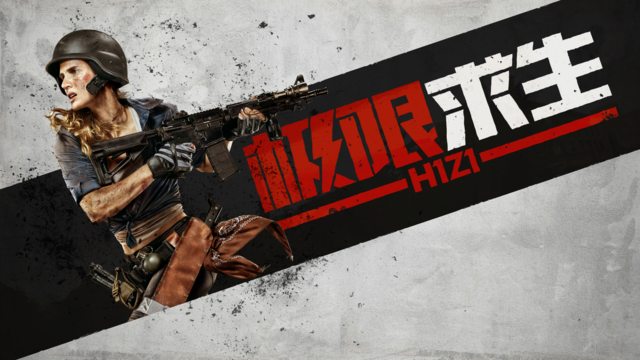 We are aware of some issues users are having loading their inventories properly on Survivor's Rest. A fix is around the corner and we're looking to have it published soon.

Thanks for your patience,

The next crate for King of the Kill is coming soon! You can check out the official page or see details here on Survivors Rest soon. 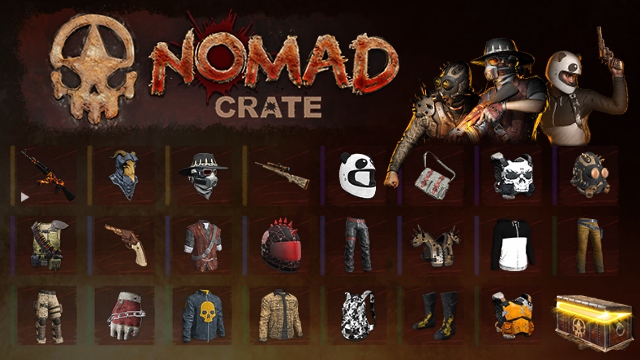 Last week there were some rumors (via The Ancient Gaming Noob) that Russell Shanks who took over the position of President when John Smedley stepped down in July 2015 had left the company in October, the rumor originated from a change in Shanks LinkedIn profile.

On Monday it was confirmed by Daybreak (via MMORPG.com) to be tue and that Ji Ham of Columbus Nova the investment firm that purchased Daybreak (formerly Sony Online Entertainment) who has been listed as the co-President of the company since July 2015 will continue as acting president.

Daybreak Games confirms that Russ Shanks has recently stepped down from his position at Daybreak to pursue other interests. Ji Ham will continue as acting president of the company.

What does all this mean for H1Z1 and their other games? Well, probably nothing at all...

First we would like to apologise for not reporting this sooner, we overlooked these changes with our initial datamining of the recent King of the Kill Test Server update.

Below is a full list of items that will be changing:

Survivors Rest: Prices have been fixed!

Survivors Rest is happy to announce it's most recent update to Price Suggestions. Prices will now update for each item automatically once a day to reflect the suggested sales prices on OPSKINS.com in the form of USD. Where we have based our prices on OPSkins in the past, we quickly realized it was becoming nearly impossible to keep up with regardless of the help you as a community provided with our Price Voting application. To summarize, from here on out, all prices on the site will not be controlled manually and will be automatically updated to prices reflecting OPSkins. This should improve price gauging and create an overall safer trading environment for all users.

Starting this week, Survivors Rest will begin undergoing changes to it's 'Price Suggestions' for items. With H1Z1 no longer being a part of the Steam market, we will be shifting our prices over to a USD value similar to and based around OPSkins' price histories. This should allow for much more accurate pricing on our end and guide users to better, smarter trades. Similarly, price voting will now allow and support OPSkins links as evidence and reference when creating a price suggestion.

We'll do our best to keep everyone updated as these changes are implimented over the course of this next week. While we realize this is a major change that may impact the value of certain items, we believe it to be a necessary change that will overall improve our users trading experience.

Today Daybreak dropped another bombshell in regards to H1Z1 items and trading, from July 25th we understand that all items from older crates will no longer be able to be sold on the Steam marketplace. This includes items from the Alpha Launch Crate, H1Z1 Wearables Crate, Battle Royale Wearables Crate - Unlocked, Marauder Crate, BR: Vigilante Crate Key and H1Z1 Invitational Crate Key and the change will effect both H1Z1: Just Survive and H1Z1: King of the Kill. Here is the official statement that was posted to Steam news for each title.

On July 25th, 2016 we will be removing the ability to sell certain older H1Z1 crate items on the Steam Marketplace. Crate items have been marked trade only since Mercenary Crates were released last year. This change brings the older (pre-Mercenary Crate) items in line with the rest of the crate items in the game. Please note that crates themselves can still be traded and sold on the Steam marketplace.

This was a very necessary change but we can't go into the specific reasoning.

There is a lot of speculation as to why these changes have been made, a lot of naive people on Reddit are accusing Daybreak of being greedy or doing this to make more money when in fact the opposite is true. These changes actually mean less money for the developer in the long run as they now miss out completely on the 10% fee they would get from every Steam marketplace transaction. Instead users will trade or purchase from third-party markets such as OPSkins.com where Daybreak will receive no fees.

We can only speculate as to the true reasons behind the changes which could very well be some sort of ongoing legal issues which they are making these changes to comply with conditions imposed upon them some some external force.

This news is even more reason that Daybreak needs to heavily consider removing the 7-day trade locks on items received from trading, for the good of the trading community.

There was a small update to the King of the Kill Test Server tonight, take a look at what it included below. Coupled with the news that Daybreak will be attending AGE Prime in Brazil at the Twitch booth where they will be holding a qualifier for the H1Z1 Invitational, these could be upcoming items for the Invitational.

Sneak peak of Z2 before the livestream on Friday 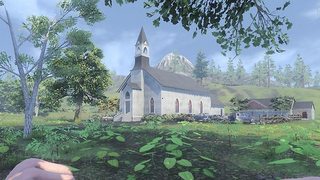 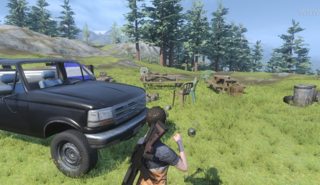 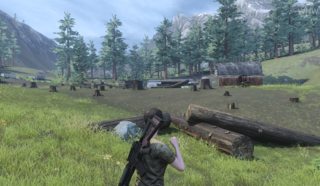 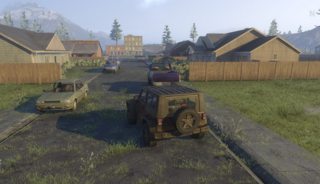 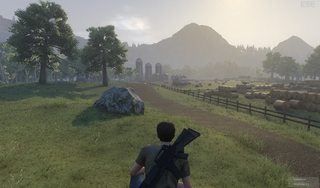 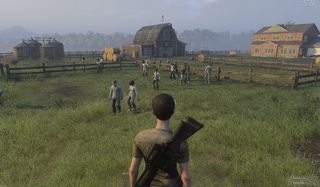 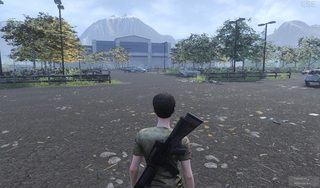 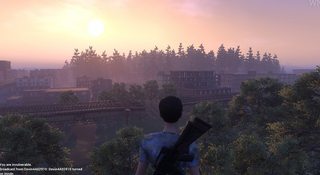 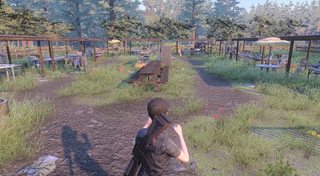 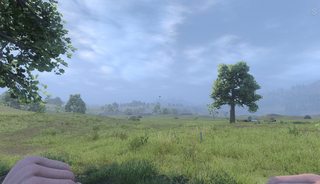 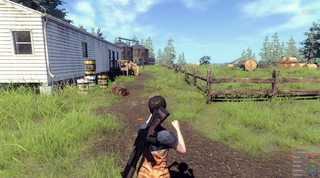 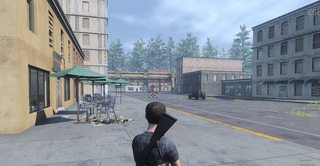