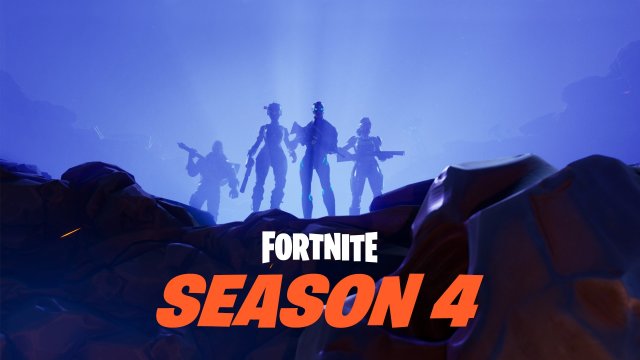 The teasing is almost over, Fortnite: Battle Royale's Season 4 lands tomorrow, May 1st.

The countdown to the end of Season 3 will run out at at 8:30AM BST (3:30AM Eastern Time), however the time Season 4 starts is not yet known, only "tomorrow".

The latest teaser image appears to show four unknown characters emerging from what is likely a crater. What is going to happen tomorrow? Will the meteor come crashing down and will it hit Dusty Depot or Tilted Towers like most believe? What will this meteor bring, if anything, and who are these teased super heroes?

I guess we sit tight and find out tomorrow.

Update:
Developer Epic Games has confirmed that Season 4 will begin at 9:00AM BST (4:00AM Eastern Time).

Impact is imminent! Downtime for the Season 4 update is scheduled for tomorrow, May 1 at 4:00am Eastern Time (08:00 GMT).