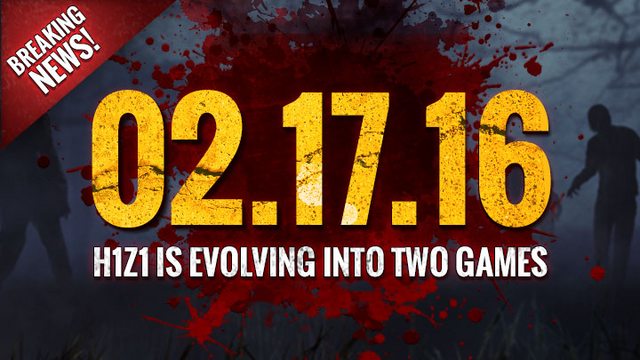 Today brings some very big news for H1Z1, the game is being sliced in two on February 17th. The original core survival game of H1Z1 will be known as H1Z1: Just Survive while the current Battle Royale modes will become their own seperate game called H1Z1: King of the Kill. Along with this change, they have also dropped any current plans to make either game free-to-play.

Anyone who already owns or purchases H1Z1 before the split will recieve both games at no extra cost, as part of the split any skins, crates and keys you have in your inventory will be duplicated into both games. After the split each of the games inventorys will be independent and you will be free to sell or trade any items from one game without losing them in the other game, likewise any new items you gain in one game will not be available to use in the other.

As King of the Kill is considered a great deal more "feature complete" than Just Survive, Daybreak are looking at the title leaving Early Access this Summer and launching on both PlayStation 4 and Xbox One also.

You can read more about the split on the H1Z1 official website:
h1z1.com/news/just-survive-king-of-the-kill-game-split-february-2016