Has Radical Heights hit its peak?

Has Radical Heights already hit its peak? In the two weeks since its "X-TREME" Early Access launch the player count has dropped by 84% from hitting over 12,700 concurrent players on its second day down to under 2,000 on April 29.

It's not unusual to see player counts drop after an initial release and hype but not all games in this situation bounce back. Releasing in Early Access is always a gamble and first impressions stick with people for a long time, it can be hard to convince someone to jump back into a game that didn't captivate them from the get-go.

Radical Heights is still very much in a stage of early development as evident by the vast amounts of "white boxing" throughout the map, but this is not be be unexpected in an Early Access game. It has a long way to go, and a lot can change during development, for better or for worse. 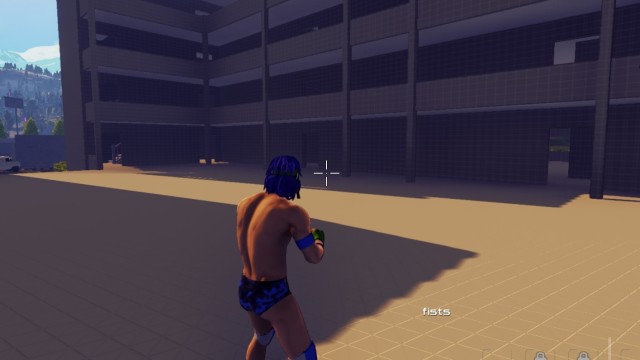 It's too early to say what the future holds for Radical Heights, opinions of the game overall are positive with some of those who initially wrote off the game before it even launched having come around to its fun setting and aesthetic. If development continues with regular content updates then it could hold its own in the volatile landscape of this new battle royale genre, or it could go the way of The Culling which was once hailed to be the "H1Z1 killer" but now is all but dead.

Radical Heights is also following in the shadow of developer Boss Key's ill-fated team arena shooter LawBreakers which failed to retain its playerbase due to its high price tag -the game was supposed to be free-to-play- and unfortunate choice of publisher. Hopefully with Boss Key self-publishing they can alleviate some bad decision making and keep Radical Heights aloft.

One thing that would be great to see from Radical Heights on Steam is item trading and Steam Community Market support, with Boss Key able to receive 10% of every Steam Community Market transaction for their game this could be a welcome additional revenue stream to support the game, and retain players by giving them a vested interest in the game.

Cliff Bleszinski also expressed an interest in bringing Radical Heights to Xbox One during a conversation between himself and various Xbox executives on Twitter yesterday.

It's pretty easy to publish on Xbox. Teenagers do it in the Creators Program.

Only time will tell if Radical Heights can survive through Steam Early Access or if it can reach new heights on Xbox One through Microsoft's Game Preview program.