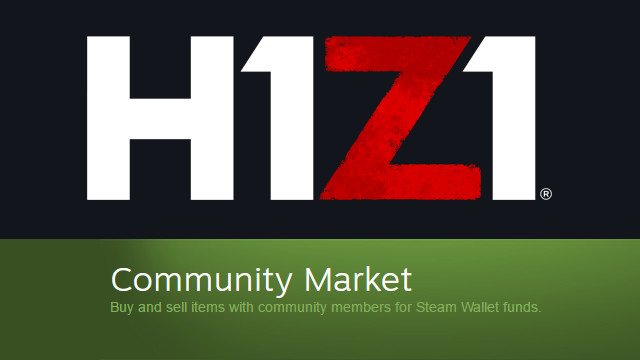 With the update today to H1Z1 came a surprise change, items are once again able to be bought and sold on the Steam Community Market, this is a great move by Daybreak for the community.

You can access the Steam Marketplace for H1Z1 here:
http://steamcommunity.com/market/search?appid=433850

Currently a lot of items only have a handful of listings many of which are drastically higher than they are listed for on OPSkins. For this reason Survivors Rest will not show Steam prices for H1Z1 items for at least a day or two until more people are aware of this change and the prices have settled to what would be considered "normal" prices.

Read the announcement at h1z1.com